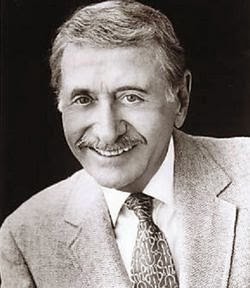 Baruch had a familiar voice as a film narrator and on radio as an announcer, news commentator, talk show host, disc jockey and sportscaster. Although Baruch made his name as a major announcer, he tried to begin his career as a pianist for NBC Radio. He got into the wrong line of applicants; he had entered the announcers' line and was hired on the spot. A native of France, he spoke fluent French, as well as fluent English. WIKIPEDIA A World War II veteran, Baruch was in the original invasion of North Africa, spent almost four years overseas and was honorably discharged as a major. Baruch was involved in the mid-1940s launching of the Armed Forces Radio Service with stations in Algiers, Casablanca, Oran, Sicily and Tunis.After WWII, Baruch and his wife, singer Bea Wain worked as a husband-and-wife disc jockey team in New York on WMCA, where they were billed as Mr. and Mrs. Music. Their show was later presented on the ABC and NBC networks. Baruch was an announcer for such programs as The American Album of Familiar Music, The Fred Waring Show, The Kate Smith Show, The Shadow, Your Hit Parade and The United States Steel Hour.