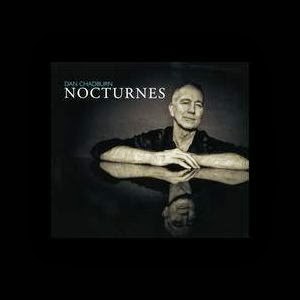 Sweeping melodies, resonating chords and rich textures … these are the trademarks of Dan Chadburn, a composer/pianist who invests the New Age / adult contemporary genre with a uniquely passionate sound. Deeply versed in both classical and modern traditions, Dan is a master of improvisation -- the art of creating, in the moment in response to the stimulus of one's immediate environment and inner feelings. Dan’s most recent recording, Nocturnes, was released in August, 2012. A group of Dan’s close friends had asked him to create an album of music to “inspire, soothe, and heal.” Having recorded several new solo piano improvisations in January, 2012, Dan composed and recorded melodic themes to these improvs (featuring Carole Libelo on english horn, Marty Hackleman on french horn, and Helen Hausmann on violin and viola) to create the twelve pieces that appear on the album which can be heard on the playlists of Internet radio stations RADIO nuages and BEAUTIFUL instrumentals . com