New album for the holidays Kathryn Kaye 'what the winter said' 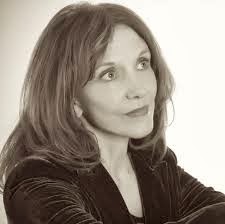 What the Winter Said is the third truly exceptional release from pianist/composer Kathryn Kaye, following her chart-topping Dreaming Still (2011) and Heavy As a Feather (2012). Will Ackerman again worked his magic as producer at his Imaginary Road Studios, and the line-up of stellar supporting musicians includes Charlie Bisharat (violin), Eugene Friesen (cello), Ackerman (guitar), Gus Sebring (French horn), and Jill Haley (English horn). Three of the compositions are solo piano, and the other twelve are ensemble creations. Ten of the pieces are original, four are old and seldom-heard Christmas carols, and one is a lovely cover of an Ackerman composition. Both of Kaye’s previous releases became “Picks” on my site and were included as Favorites for both years. What the Winter Said is also a “Pick” and will likely be on the 2013 Favorites list as well. This album is beyond beautiful, performed in a graceful and understated way. Even though the theme is winter, it is not music relegated to the time between Thanksgiving and New Year’s only.