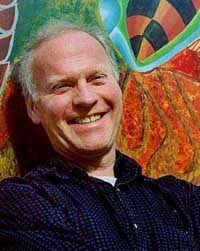 
He is one of few expert jazz oboists, and also plays English horn, soprano saxophone, sopranino saxophone, bass clarinet, clarinet, and pennywhistle, among other instruments. He has performed with the Paul Winter Consort and is a founding member of Oregon. In 1985 McCandless toured Europe with bassist Barre Phillips and German clarinetist Theo Jörgensmann. He has been a guest musician with Béla Fleck and the Flecktones (appearing on the 2002 album Live at the Quick) and has toured with tabla artist Sandip Burman. He also was a guest of the String Cheese Incident multiple times in the late 1990s. McCandless comes from a musical family: his father, also named Paul McCandless, was also an oboist and English hornist, and his grandfather also played the oboe.