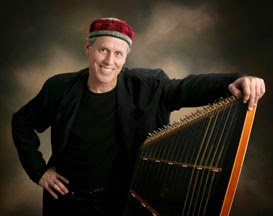 A virtuoso performer on the hammer dulcimer, he is a former member of the folk/Celtic trio Metamora and has performed frequently with the percussionist Glen Velez. In addition to the dulcimer, Dalglish also plays the spoons and bones (both traditional American percussion instruments). Beginning in the mid-1970s he honed his playing at Hap's Irish Pub in Cincinnati in a duo with flutist and concertina player Grey Larsen. He also composes prolifically for choir, and many of his compositions are for choir with dulcimer accompaniment. He has received more than 50 commissions to compose for choirs around the world. He played the hammered dulcimer in the score for the 1981 film Tuck Everlasting. Several of his songs with the Ooolite choral group come from the poetic work of Wendell Berry.