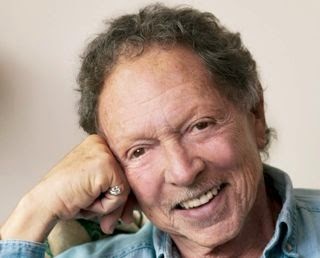 Paul Horn, a flutist and saxophonist whose mellow, meditative recordings helped lay the groundwork for New Age music, died on June 29 at his home in Vancouver, British Columbia. He was 84. NYTimes Obit | Official Web Site | Wikipedia Bio:
Paul Horn (March 17, 1930 – June 29, 2014) was an American jazz flautist, and an early pioneer of New Age music. He was known for his innovations on both metal and traditional wooden flutes. Best known of his albums are his "Inside" recordings, which feature airy, echoing sounds created in places of spiritual importance. Horn himself was a practitioner of Transcendental Meditation.[3] The series began with Horn sneaking a tape recorder into the Taj Mahal during a trip to India in 1968, (released as Inside) where he was with the Beatles at Rishikesh, and continued later with recordings inside the Great Pyramid of Giza, and a return to the Taj Mahal in 1989. Horn later made similar recordings in a cathedral, in the canyons of the Southwestern United States with Native American flautist R. Carlos Nakai, and with orcas.
Paul Horn at Amazon.com: