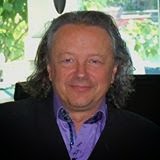 Harrison performed at the United Nations in 1999, in celebration of the 50th anniversary of Israel's independence. Notables for whom he has performed include Bill Clinton, Al Gore, and the 14th Dalai Lama. He premiered his children's ballet "The Velveteen Rabbit" with the Vancouver Dance Theater in 1991. He also co-wrote the music for the musical "Prometheus", which was premiered in Portland, Oregon.Michael is the owner of MAH records, on which he has recorded and produced over 50 of his own albums within the 25-year-long lifespan of his career. He recorded and performed with Katie Harman, and has recorded and performed with local notable musicians which include Tom Grant, Julianne Johnson, and Patrick Lamb.