Award nominated guitarist and composer Joseph Sullinger began playing guitar at the age of six on a classical guitar he acquired from his mother Julia, a concert pianist and music teacher. His father Dwight is also a music teacher, and currently the principal tuba player for the Mexico City Philharmonic Orchestra. Joseph is mainly a self-taught guitarist who reached a high level of performance and composition at a young age. With an interest in rock music, he became a major player in the Dallas Texas music scene and has performed in concert line-ups with numerous international recording artists including members of Iron Maiden and Black Sabbath. OFFICIAL WEBSITE 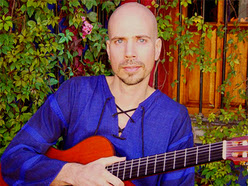