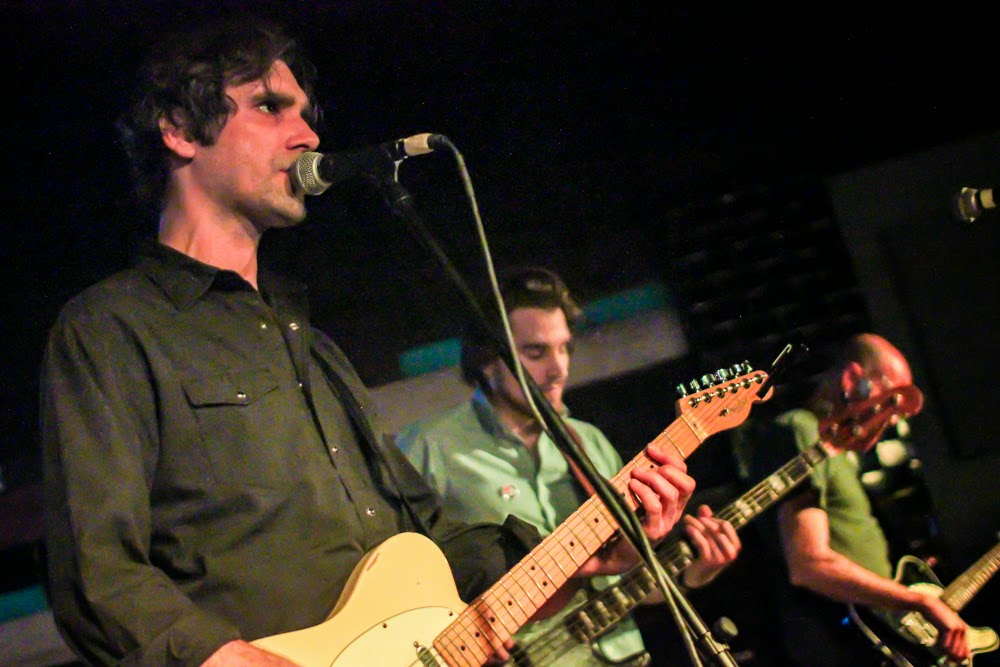 Despite what you might guess from their name, Frank Smith is a band, not a solo act, and no one in the band is named either "Frank" or "Smith." Instead, Frank Smith is six guys who play country-infused indie rock with smarts and an emotionally ragged edge. Frank Smith was formed by guitarist, vocalist, and songwriter Aaron Sinclair, who was born in Texas but later transplanted to Boston, where he became a critic's favorite as the leader of the group Drexel. Sinclair later became drummer with indie noisemakers the Lot Six. While busy with the Lot Six, Sinclair began writing some country-influenced songs and assembled a band to play them, featuring Scott Toomey of Eyes Like Knives on guitar, fellow Lot Six member Julian Cassanetti on keyboards, Jon Lammi on bass, and Jesse Kramer (son of Aerosmith's Joey Kramer) on drums. Calling themselves LaGuardia, the group released a self-titled album in 2002, only to discover that another group was already using the name LaGuardia. Sinclair coined the name Frank Smith, telling a reporter, "We were getting tired of trying to think of clever or cool band names, and it turned into, 'What's the most monotonous, everyday-Joe name you could think of?'" By the time Frank Smith released 2004's Burn This House Down, their first disc under their new name, the group had experienced some personnel changes -- Drew Roach, formerly of Stray Bullets, replaced Kramer on drums, and fellow Lot Six alumni Dan Burke took over for Lammi on bass. Frank Smith's 2005 release Think Farms was named one of the ten best albums of the year by the Boston Phoenix, and Boston's Weekly Dig gave a similar accolade to 2006's Red on White.allMusic.com