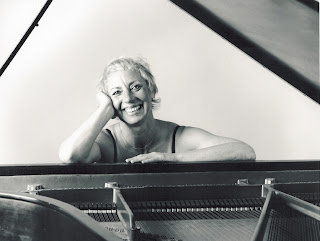 Concert pianist Eliane Lust (Eli-aan Loost) was recently praised by the Chicago Tribune as "...a pianist of extraordinary range, emotional depth and intelligence...a musician of the highest order." and “a true artist whose first language is music” by France's La Depeche. Critically acclaimed throughout the world by masters of the classical profession as well as esteemed critics for several decades now, Eliane has also been the recipient of such prestigious awards as performances at Carnegie Recital Hall, the Paderewski Festival, the Villa Montalvo Discovery Series, the Dame Myra Hesse Series and the Lagesse Foundation. Additionally, the California Arts Council Touring Roster has given her special award recognition for her innovative solo programming and dedication to new American piano music. Eliane's recital and master class tours throughout North America, Europe, French Polynesia and Asia have included the Tanglewood, Aspen, Banff-Canada, Ernen-Musikdorf, Hereford-UK and Spoleto-Italy Music Festivals, among others.
SHOP: Eliane Lust